A Girl & her Dane

Most of us spend quite a significant amount of time on Social Media and although there are times when we all need to take a break from it, there are most certainly times it connects us to someone or something significant.  Well, that is exactly how the lovely Wietske and I came to talk to each other on Instagram.  One evening in early 2018, I received a random, very sincere message from her. Although we have never met in person, I feel like we have known each other forever.

Please note that this is not a medical advisory article. You should always consult your vet as each furkid and case is different.  This is a story of hope and some tips on what works.

“Ruby has cluster seizures which basically mean more than one seizure in 24 hours. Ruby’s cluster lasts more than 24 hours. She would usually have around 15+ seizures in 4 days. Being at an office knowing Ruby is home having seizures broke my heart. The worst was having to go to work after helping her through a seizure, I had to put on my brave face and act like nothing was wrong. I knew that I had to make a change.”

Two months later we both started our new (scary and exciting) journeys as freelancers/self-employed women and we have never looked back! It was a real blessing to have gone through such a big transition with someone who had very similar values and motivations.  Here’s more on Wietske and Ruby’s story, I hope that this will give you hope, educate and inspire you as much as it does, me!

“It was scary to leave my day job and guaranteed income, but it’s the best decision I ever made.” 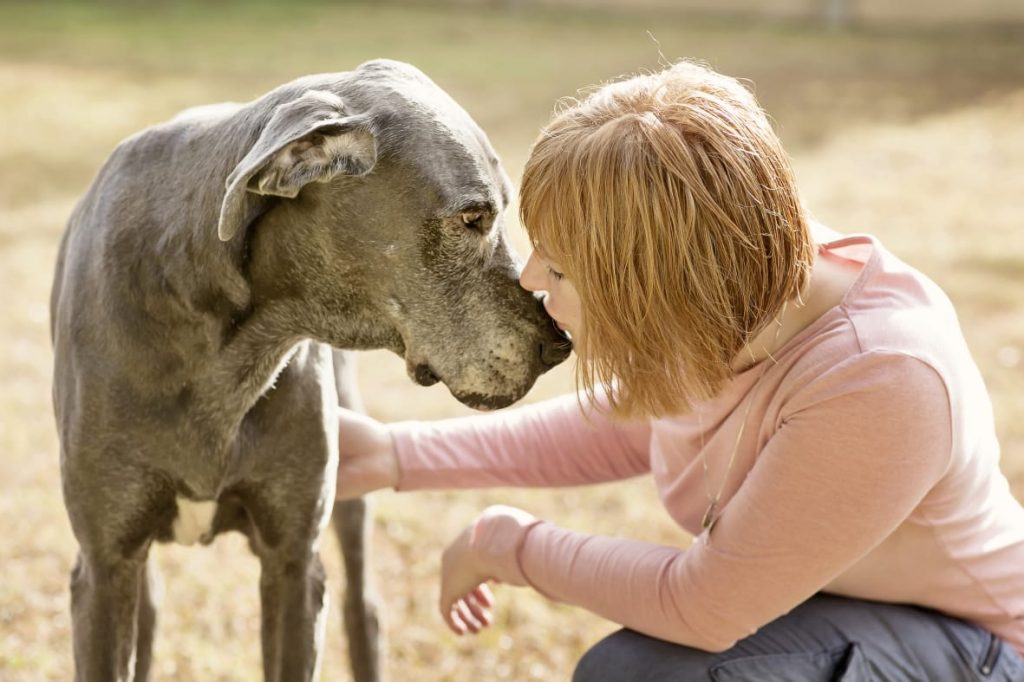 Tell us a little more about sweet Ruby.

I think putting into words exactly what Ruby means to me is quite tricky, but I can say that Ruby is literally my whole world. I always say that Ruby is my hero and one day when I am big, I want to be just as resilient as Ruby. Ruby has truly shown me what it means to never give up and if you keep on fighting, there will be light at the end of the tunnel. Ruby has been in hospital twice with severe pancreatitis. On both occasions, we almost lost her and with each occasion, Ruby was in the hospital for 6 days.  Despite everything, even all the seizures she is still fighting strong.  She constantly amazes me and inspires me.

When did her seizures start and how/what did you do to deal with it?

Her seizures started 2 weeks after her second birthday. One morning she just suddenly jumped up from the couch, ran into a corner and tried to climb over couches in the process. It was a huge commotion and I saw my big girl fall over and start shaking. After the seizure, Ruby actually growled at me and was aggressive. I then just helped her outside and gave her some time to recover. At this stage, I did not know what just happened and was completely freaked out. I went to the vet and explained what had happened and that’s when I heard it for the first time “Sounds like your dog just had a seizure”. I never even knew before that day that dogs could have seizures and started researching everything about canine epilepsy. As it stands today, I can honestly say that we have seen so many vets and there is no real cause as to why Ruby has seizures. At this stage, we are trying to manage the number of seizures that Ruby gets and keep them at a minimum.

Are there any signs of Epilepsy in dogs that one can be on the lookout for?

With epilepsy, there are two main forms of seizures, Petit Mal or Grand Mal seizures. Petit Mal can be very difficult to see. These seizures could range from a blank stare into space or a quick shake of the dog’s head. You really need to know your dog very well to be able to pick up on these seizures. The Grand Mal seizure cannot be missed as the dog would fall over, start shaking violently and run in the air with their legs. Ruby suffers from the latter.

When the seizures first started, she was always very aggressive afterward, mainly because she was confused and did not recognize me. There have been numerous occasions where Ruby actually snapped at me. At least the aggression is something of the past now and Ruby does not snap at me anymore. I would advise people to pick up on odd behaviors. If your dog acts differently, try to establish why. Ruby would get super scared and actually start shivering an hour or two before her seizure. She knows they are coming. I do think she recognizes a change in her body and it scares her. She then refuses to be inside the house and I just know something is coming.

Another odd behavior I noticed is Ruby waking up in the middle of the night on Wednesday, staring at the ceiling. On Friday morning Ruby started having seizures. I think it’s important to know your dog and know what their normal day-to-day behaviors include. If they deviate from that or start staring into space or anything that’s out of the ordinary, it might be worth a vet visit. If it’s grand mal seizures, you will definitely know.

In the week we are mostly home-bound. I work from my office at home where Ruby joins me every day. On weekends we love to go for walks out in nature, especially in the woods. I love how Ruby would stop at every flower, even the tiniest, and smell them oh so very gently like the gentle giant she is. Ruby has taught me to always stop and smell the flowers, always live in the moment and enjoy the moment. 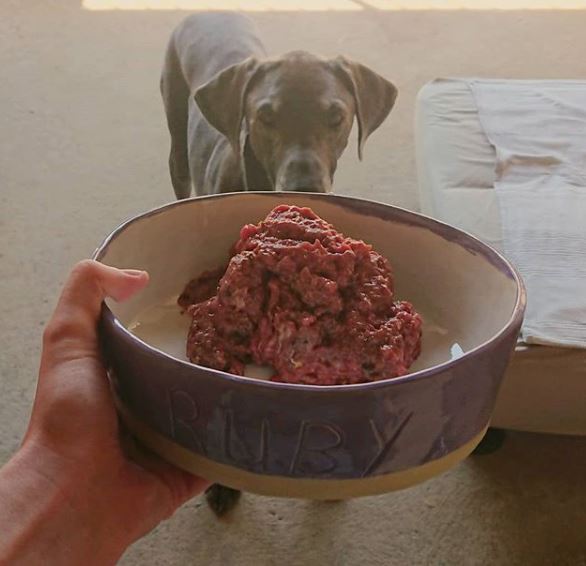 Ruby is on a raw diet called Paleo Pet Pure For Pets. They are based in JHB and I travel there every two months to get Ruby’s food. The raw diet is very important and has been key to Ruby’s improvement. Ruby loves food, especially meat but would eat anything however her diet is very strict to make sure no foods can trigger any seizures. Ruby is also on a very low-fat diet because a high-fat diet will trigger pancreatitis again.

Homemade treats that I make for Ruby would usually include dehydrated venison or chicken breast blended with blueberries and then dehydrated to blueberry chicken sticks which is a huge hit!

Would you mind giving a little bit of insight into what you do when Ruby has a seizure?

To witness a seizure is very scary and this is where I never focus on the seizure itself, but my focus is always on Ruby and helping her at that moment. Most important is to make sure Ruby is safe. I can see when Ruby is going to have a seizure so I would lie her down and not wait for her body to go stiff and she then just falls over as I am always scared in the process, she hits her head. So I make sure her head is supported as she shakes her head very violently and would hit it on the ground continuously. I would then sit behind Ruby and just make sure she is ok until the seizure passes. Usually, she would want to get up immediately, but I then hold her down for a short while just for her to calm down and orient herself as she is usually very confused and disoriented. When I can see that Ruby seems more focused, she gets up and then starts pacing.

This is where I then usually give her some food as she is very hungry, along with some CBD oil to help her relax and go to sleep. Her brain needs to rest and the more active she is the more the brain is firing and might just be a recipe for another seizure. CBD oil has been one of the most important factors in Ruby’s recovery and management of seizures. I buy Ruby’s oil from African Cannamed Co which is of the highest quality oil. The best thing I have done for Ruby’s seizures was switched her over to a raw diet and add CBD oil.

“Rubylicious is an idea that stemmed from Ruby’s strict diet. I was sad that Ruby would never be able to enjoy another crunchy dog biscuit ever again and I decided to recreate that but without any flours or funny stuff. Rubylicious is still very small and I still need to put in some work to grow the product but it’s something close to my heart and something I really want to focus on.”

Thanks to Wietske for taking the time to share their story and thanks to you for reading, I hope you enjoyed it and wish you all a lovely weekend!